The McPherson Tape was an alleged video containing footage of a Connecticut family known as "the McPhersons" celebrating their relative's 5th birthday, only to be visited and eventually abducted by aliens. In reality, the footage was actually a 1989 no-budget found footage thriller film titled UFO Abduction, directed, filmed, and produced by Dean Alioto through IndieSyndicate Productions. Also, the name of the family in the film was the Van Heeses, and not the McPhersons.

Before UFO Abduction could be released on video in the United States, the original master and artwork for the film were destroyed in a warehouse fire.[1] Sometime around 1992, copies of the film were bootlegged and released by Axiom Films under the title The McPherson Tape. Since the film was made to look like a 1983 found footage video and matched many descriptions of alleged alien abductions, Axiom presented the film as actual found footage depicting a real alien abduction and the last recordings of a Connecticut family named "the McPhersons". After this, the footage was regarded as one of the most credible pieces of evidence of extraterrestrial life.

However, the creators of UFO Abduction eventually came forward and produced evidence that The McPherson Tape was not actual found footage and was merely a no-budget film, including photos of the alien costumes and blueprints for the flying saucer seen in the tape.[2] 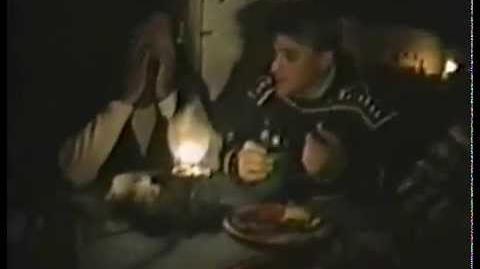 An alien stares at the camera before the video ends.

Community content is available under CC-BY-SA unless otherwise noted.