In 1990, the first issue of Lowell Cunningham's comic book series The Men in Black was published. The story of the comics focused on an undercover international espionage organization that monitors paranormal activity on Earth, such as aliens, werewolves, demons, mutants, zombies, etc. The general population of the world is unaware of their existence, since most witnesses are neuralyzed to erase any memory of their interaction with the agents. However, some witnesses are also killed. In the comics, the Men in Black organization seeks to manipulate and reshape the world in their own image by keeping the supernatural hidden.

In 1997, Men in Black, a film adaption of the comics, was released. The film starred Tommy Lee Jones as Agent K and Will Smith as Agent J. The film series differs from the comics in that the Men in Black only police extraterrestrial activity on Earth, only neuralyse witnesses as opposed to killing them, and seek to maintain world order rather than to control it. The franchise opts for comedy, as opposed to the dark and bleak feel of the comics. 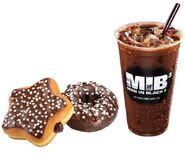 Retrieved from "https://extraterrestrials.fandom.com/wiki/Men_in_black?oldid=14276"
Community content is available under CC-BY-SA unless otherwise noted.