UFOs and The Greys 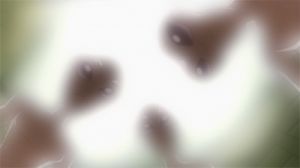 I am very interest in the concept of the Aliens known as "The Greys" because they seem to be one of the most popular Extraterrestrials out there. I have never seen a grey or any other Alien before in my life, but I keep thinking that I see UFOs in the sky when really they are just airplanes or jets that I am looking at from a different angel. Like yesterday I saw a pontoon plane and thought that it was a flying saucer at first. Until I saw the pontoons. Either way, if I ever do see a UFO that I am certain of, I will be looking forward to seeing it.

Now back to the greys. I probably would freak out if I saw a grey alien standing right next to me just standing there doing nothing. On the other hand, it would be even more horrifying if I were to be abducted by one of them, or even a group of them probing me. Well, even though I never expect to ever get a close glimpse of a grey, I would like to make people believe that they are real. I might have to do a little work created by myself to get this to happen. But, that would be a hoax to create the Aliens myself, and I do not like to hoax things involving Extraterrestrials. Personally, I believe in the greys only because of the way they are often described by eyewitnesses who claim to have seen one. If the greys are living in space all of the time and do not have a home planet, it is very possible that their lack of some oxygen, like the kind on Earth, could cause their grey skin, large black eyes, and thin appearance (see article).

I am, however, even a slightly bigger fan of the Aliens that resemble the greys, but have skin that is a similar color to human skin. These Aliens do not have a name yet. But, are thought of as greys because of their resemblance to them. The only difference being the color of their skin. I so do not believe in the concept of little green men, but wrote an article for them anyways.